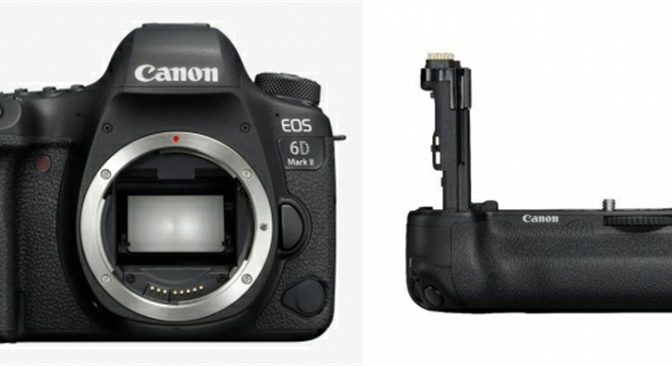 People have been eagerly waiting for the release of Canon EOS 6D Mark II. To be precise, it’s been 5 good years since the company released the original EOS 6D. At the time, EOS 6D was the only full-frame DSLR that people could afford.

The original provides people a great way to get into all-frame photography. While these features appeared desirable, they were not as appealing as photographers would want them to be. That is why Canon release the recent EOS 6D Mark II.

The current model came with lots of changes in its features; as discussed below.

Just as per your expectations after a 5-year gap, the Canon EOS 6D Mark-II comes with lots of improvements from the old EOS 6D. Some of those improvements include, but not limited to:

The new sensor is a headline change. The Canon EOS 6D Mark-II sports a 26.2 MP full-frame CMOS sensor. This resolution is better than that of EOS 6D, which is 20.2MP.
Besides resolution, the 6D Mark-II sensor has more pixels than the EOS 5D Mark-III.

Apart from sensors, the EOS 6D Mark II features the current DIGIC-7 processing engine. This enables the camera to process information at least 14 times quicker than the old DIGIC 6. Hence, it can handle image noise better at high sensitivities than other models.

Actually, it is the first time for a DIGIC-7 engine to be used in an all-frame EOS DSLR. And currently, it is only found in a few Canon’s latest APS-C DSLR bodies as well as PowerShot cameras.
98% Viewfinder Coverage

The EOS 6D has a viewfinder coverage of 97%. The 3 percent shortfall might appear insignificant, but it led to lots of compromises. Stray elements used to creep into its frames if the user wasn’t careful. And unfortunately, it was hard to notice these effects when capturing your images. You could only notice when reviewing those images on the final display.

Canon has improved the above statistics on the recent EOS 6D Mark II – at least by one percent. This then leads to 98% viewfinder coverage. On the flip side, this does not compare with other cameras such as D750 with 100% coverage.

Though the one percentage might sound like a little advancement, the final display states the opposite. Your Canon EOS 6D Mark II will not sit flush to its body; just as it used to do on the EOS 6D. You can now pull the 3.0-inch vari-angle display from the body. And that display is touch-sensitive now.

Also, on-board is the 5-axis image stabilization. This feature is ideal for the hand-held recording of videos. Though the stabilizer isn’t compatible with stills, it functions well with Canon’s IS-equipped lenses.

• The dynamic range is poor
• Doesn’t come with a USB 3.0
• Just 98 percent viewfinder coverage
• The AF coverage is limited

Canon positions its EOS 6D Mark-II as an up-game from the original EOS 6D. Many professional photographers will appreciate the value a 6D II offers – as aforementioned.