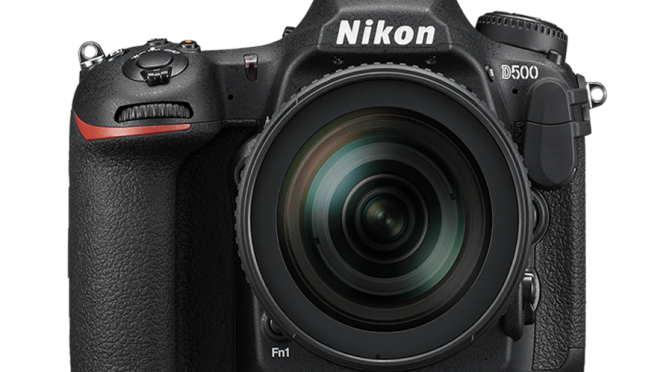 Nikon D500 is a powerful camera that was released by the company 100th Anniversary in 2016, it consists of various cutting-edge technologies that are ideal for action photographers. For instance, it’s equipped with a remarkable AF system and low-light capabilities that allow you to high-quality pictures in different types of conditions. The camera is designed to shoot up to 10-fps with precise autofocus, while generating 20mp images that will look great even in dim light.

I) It has face detection auto-focus in some shooting modes such as the 3D autofocus, including face detect metering as well. Furthermore, the metering system comprises of flicker detection, meaning you can comfortably shoot under frequency-based lighting, without encountering shot sequences with mismatched color.

II) The autofocus sensor consists of its own dedicated CPU, which allows it to process the incoming data stream initially before delivering it to the main system for final output. This allows the Nikon D500 camera to work much faster and precisely compared to other models. Likewise, it significantly reduces mirror blackout time, thus giving the autofocus sensors ability to always see what’s taking place in front of the camera when shooting quick bursts of shots.

III) Equipped with SnapBridge Bluetooth technology for sharing digital images. It allows your camera to stay permanently connected to a Smart Device, even over low-power Bluetooth network or a Wi-Fi system. This simply means that soon after the initial connection has been established, images can easily be transferred to your smartphone automatically from wherever you’re using the camera to take pictures. Plus they can instantly be shared via the web when using your phone.

IV) Lightweight and strongly-built. Nikon D500 is considerably lightweight compared to its predecessor the D300 version, this is mainly because of its carbon-fiber front and shutter box system that was just recently launched. Both these materials provide a rigid but surprisingly lightweight front-frame compared to other cameras with metal frames. Though the top and back rames’ are still made from magnesium alloy.

V) Lengthy video shooting. You can use the Nikon D500 camera to take videos up to 30 minutes long, unlike other cameras that have a capacity of only 3 to 5 minutes. Additionally, there are options such as lower-resolution video modes and Full HD recording that can be captured in 60pixel for slow-motion playback. Furthermore, the camera can be used to create 4K UHD time-lapse films right inside. Plus there’s electronic Vibration Reduction available to help reduce the effect of camera shaking, which often occurs when shooting hand-held movies.

a) Doesn’t have a built-in flash

Generally, the Nikon D500 is a quality high-resolution camera that’s perfect for those who are into action photography and wildlife filming. It’s equipped with a 20mp sensor that delivers crystal clear images at fast speeds, and has a maximum runtime of 30 minutes which is sufficient for taking long videos. Additionally, it comes with SnapBridge Bluetooth technology that allows for instant video and photo sharing across smart devices.