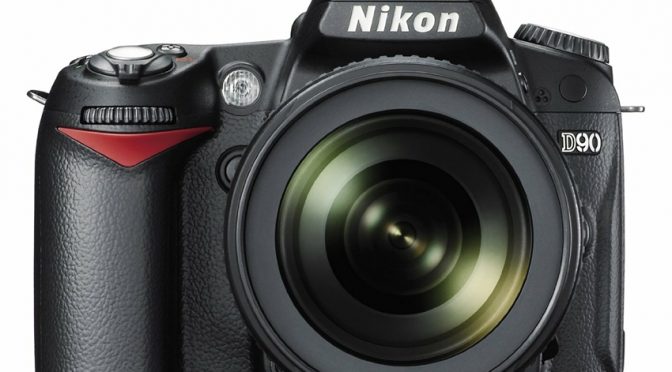 The critically praised and excellent Nikon D80 has a worthy descendant, in the form of the new Nikon D90. Boasting an impressive 12.3 megapixel sensor, compared to its predecessor’s 10 megapixels, the D90 brings also some new stunning improvements that will likely make it one of the best medium level DSLR cameras on the market. Surely, the competition is fierce as it is, with Canon bringing the older 10 megapixels 40D to the table, while Sony bringing the Alpha DSLR-A700 in the game.

Holding the Nikon D90 brings the first conclusion. Sitting at 1 pound and 10 ounces, it is heavier than its predecessor, but in terms of size, it is about the same as the D80. Also, the grip, the battery package and setting is the same, while the flash controls and speed flash features have changed only a little. There is a new and improved dust prevention system, a better shutter durability, making the D90 even better than the D300 in this regard. Good enhancements were made to the LCD screen as well, now having a high quality-polymer covering, instead of glass.

The camera is comfortable to hold and the weight difference is almost unnoticeable after a while, while the navigation controls are easily accessible even for the novice user. Of course, if you are switching from another brand, you should expect some accommodation time to the Nikon buttons and dials. For instance, the D90 has the ISO, quality and white balance controls on the left side of the LCD, compared to other brands.

The dedicated Live View button is located to the right of the LCD screen, featuring a four-way switch, including the OK button. The dials also include a switch to lock the navigation mode, the AF settings button and a context sensitive button. While setting the various features, you can adjust the AE-L/AF-L behavior, the Fn button, the long exposure noise setting. The custom settings area includes the AF mode choices (Dynamic, Single Point or Auto) and the self-timer delay feature.

The Nikon D90 boasts an excellent movie making feature, with an impressive 1,280×720 maximum resolution at 24 frames per second. It also supports both motion JPEG and VR optical image stabilization. Some downsides however are the monaural sound and the only manual focus during filming. The camera relies on the TV to make the conversion to HD resolution for images, while the 24 fps doesn’t actually match the 23.976 fps most TVs have, resulting in occasional stuttering.

Another feature included in the Nikon D90 is face detection, enabled in the Live View settings, part of the Expeed image processor. Nikon has included the face detection algorithm to work with metering and the AF.

Other improvements over the predecessor are new shooting controls, new Active D-Lighting parameters, custom Picture Control settings, advanced scene modes with every parameter previous installed available, as well as an automatic shutter slower when the camera has a VR lens attached. The camera also includes a socket for GP-1 GPS device.

On the whole, the new Nikon D90 is a worthy successor for the magnificent D80, featuring improvements, better overall design and features. While lacking in certain aspects, such as a slightly confusing menu and settings dialogue, the camera is definitely an excellent medium ranged DSLR.