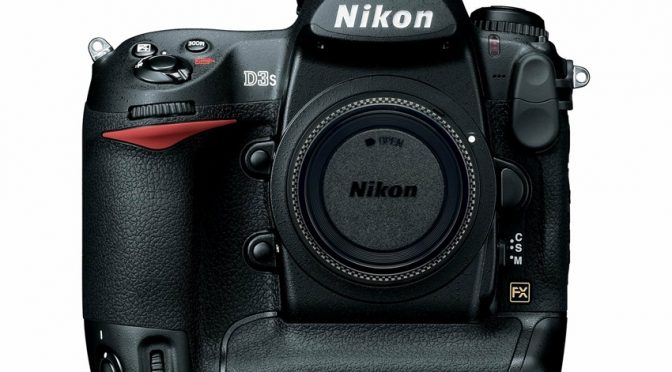 The Nikon D3 has made a huge impact in the professional sector and in the DSLR market. The D3 had an unmatched image quality which captured the minds of numerous photographers at the time. By releasing the Nikon D3S, Nikon was building on the success of the D3. The D3S has refined rather than completely overhauling its predecessor. In fact, there are very little changes on the D3S.

It is very hard to differentiate between the D3S and the D3 at a glance. However, the D3S has some new improvements such a new video capture mode of 720x1280p and several other minor changes that make the camera more competitive than is predecessor. The minor improvements are both external and internal. The D3S uses a different sensor than that in the D3. It uses a new 12.1 mega pixel full-frame sensor (36x24mm). The new redesigned sensor supports 720p HD video mode and does better in low light conditions. The native sensitivity range in the D3S is ISO 200-12,800 which can be extended to ISO 100-102,400. It also supports a “shake-it-off” cleaning system.

Key Features in the Nikon D3S

Generally, the Nikon D3S is an unbelievable performer and has similar stats like the D3. It has a large buffer with more than 30 RAW frames in a single burst which makes it to respond very fast. Nikon believes the D3S has a good battery life that can withstand 4,200 frames before recharging. In addition, the camera has a better white balance system that produces amazing images on automatic settings. The camera also has low-light capabilities compared to its predecessor. Despite its amazing ISO 100-102,400, the camera loses a lot of details. At native and low sensitivity ranges, the camera produces vibrant colors. The camera has a better Multi-CAM3500FX AF sensor which has been fine-turned to improve tracking and acquisition.

Nikon has improved the handling of this camera by changing the user control menu into buttons and dials. For instance, the Live View button has been moved from the Shooting Method dial. Notably, you can set the noise reduction, Color Space and Picture Control buttons from the rear LCD without using the menu system.

Despite its few shortcomings, the Nikon D3S is just amazing for photographers who value high shutter speeds, a good battery life and a superior performance in low-light conditions. Some features in the camera will definitely trickle down to the latest DSLR models. Although the Nikon D3S was built to ride on the success of the D3, it has better features that will capture any photographer.