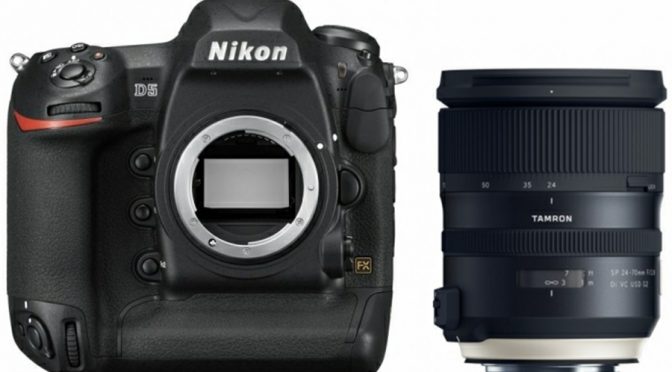 The Nikon D5 is one of the latest flagship cameras in the Pro DSLR category by Nikon. This model seats pretty at the top of the list, having been upgraded from the D4S that was launched in 2014. With the summer Olympics around the corner, the D5 launch doesn’t come as a surprise.

The D5 comes in a body design more or less similar to its predecessor, however, there have been a number of upgrades under the hood that sets it a notch higher and more appealing to professional photographers. For instance, the resolution has been increased to 20.8 million pixels up from the 16 million pixels in the D4S.

Nikon 5 is currently available in two versions –one with double CF card slots and the other with XQD slots. While many pro photographers like the CF cards, you can go for the XQD model of you wish to take advantage of improved speeds. You will find a 3.2 inch, 2359k-dot screen (TFT) on the back.

If you ever handled the D4S, you will be very much at home with the new Nikon D5. As earlier mentioned, the design layout and controls are pretty much the same. They have however made the rear and front grips more agronomical which allows you to use the camera for long hours at a time.

The body comes with extensive weather sealing and an all-round metal frame –it gives you an idea that it can handle tough environments with no trouble. The controls are all familiar and intuitive –featuring three buttons for horizontal shutter and one for the vertical. The 3.2-inch touch-sensitive screen allows you to scroll through images and zoom in when checking sharpens.

The Nikon D5 produces generally better images compared to its predecessor –the D4S. From its lowest ISO range of ISO409,600, the images are great, but not the best setting option for routine photography. At its maximum setting of ISO3,280,000, the image quality drops a little.

The lower sensitivity setting seems to produce better results, which could be a great option when taking images where image quality isn’t a major concern. But we recommend that you don’t keep this under ISO102,400.

The autofocus is quite impressive too –having been stretched further from the previous model. The 25-72 point dynamic auto-focus options improves the hit rate by locking on pretty well on both subjects that move around the focus frame or change distance in relation to the camera.

The Auto-area focus and 153-point modes are quite useful, but when shooting in a busy environment, there is a high chance the camera will latch on a wrong target. But there is also a 3D tracking feature which is useful at area focusing.

When it comes to colors, you will find a Standard Picture Control mode that leans towards producing subtle tons when working in a natural environment. Images in bolder colors come out rather punchy and vibrant, which often appeals to most photographers.

The newly released Nikon D5 stands up to the Nikon and industry standards, thanks to the 4K video recording, enhanced autofocus, impressive ISO range and image quality, and the full frame image sensor.